WHEN SHOULD I USE AN AME?

As most of you are now aware, we generally advise and counsel against the utilization of an Agreed Medical Examiner (“AME”) in the vast majority of cases and under most common factual scenarios. For one thing, AME’s tend to reflexively find some way in which to determine the existence of injury and then justify those findings often with vague and nebulous discussions, or they may simply skirt the issue altogether by deferring to the so-called “trier of fact.” So many times, we have reasonably legitimate expectations that the chosen AME will be fair, reasonable and responsible. After all, did we not send him/her that great cover letter outlining the issues? And what about those impressive, voluminous SDT medical records and that 100 page deposition transcript? Why did they not even bother to consider those things? What happened?

We all know from our experience, that a majority of the AME reports are generally associated with disappointing and/or incomplete findings or even non-responsive discussions. More often than not, we also have to endure yet more re-evaluations leading to further reports and maybe a recommended consult and some diagnostics, before we get to the bottom line.

Of course there is consideration of the “odds.” Applicant attorneys know by history and experience that the most commonly selected, popular AME’s will typically find injury and then some level of impairment. The odds are also high that the permanent and stationary date will conveniently merge with the date of the actual examination. This explains the general willingness, even eagerness, of many applicant attorneys to use AME’s. But the odds are also significant that they will not be as eager to resolve a case if the “results” are not to their liking.

WHY NOT AME’s IN MOST CASES

Here are some of my thoughts on why just saying “no” is probably the right decision in most cases: 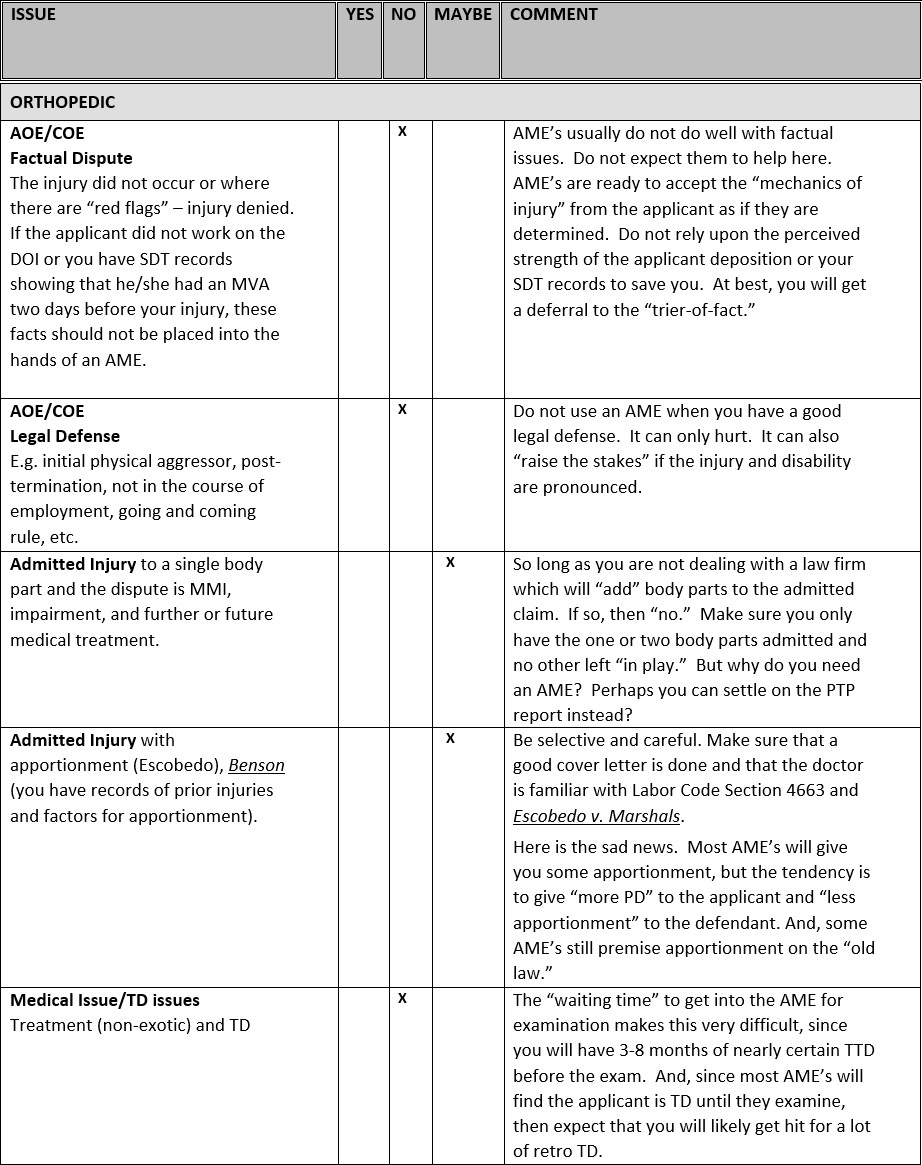 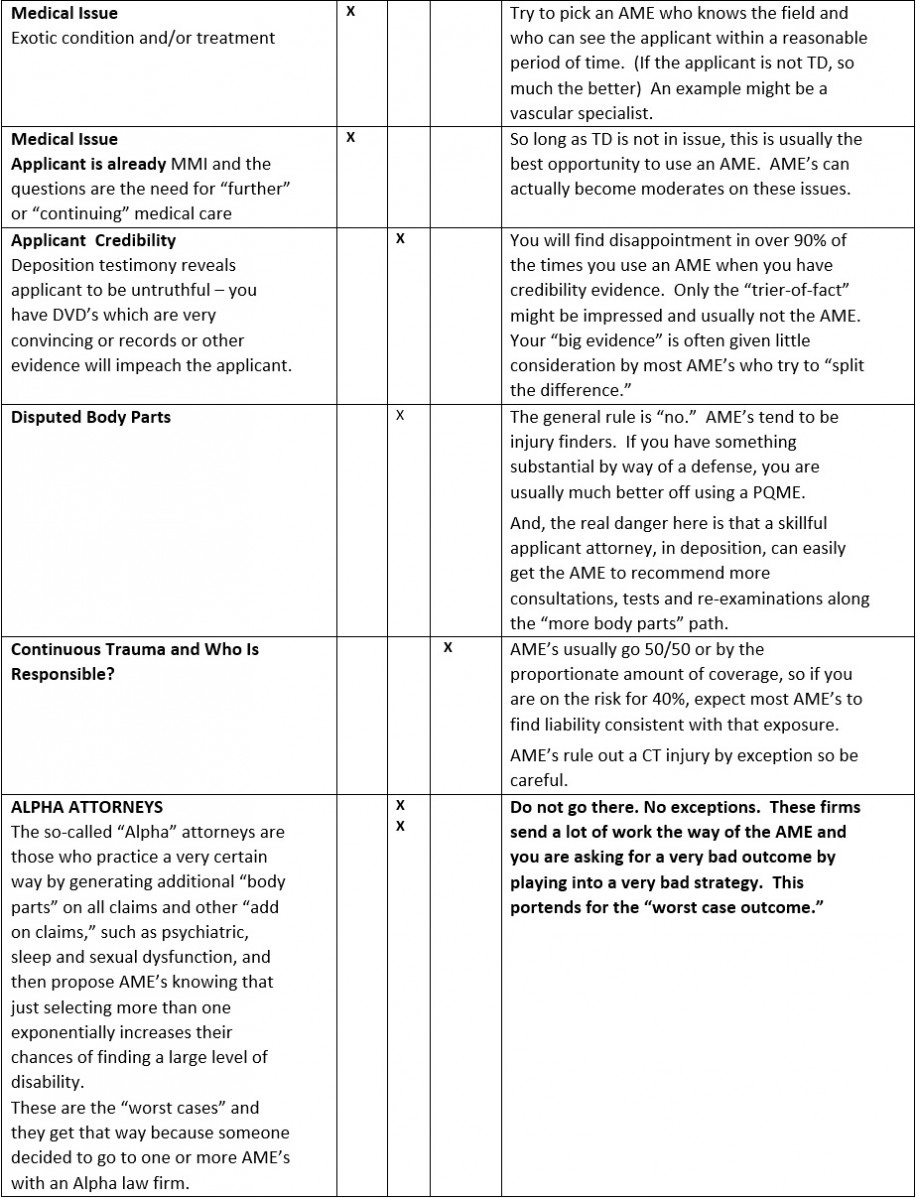 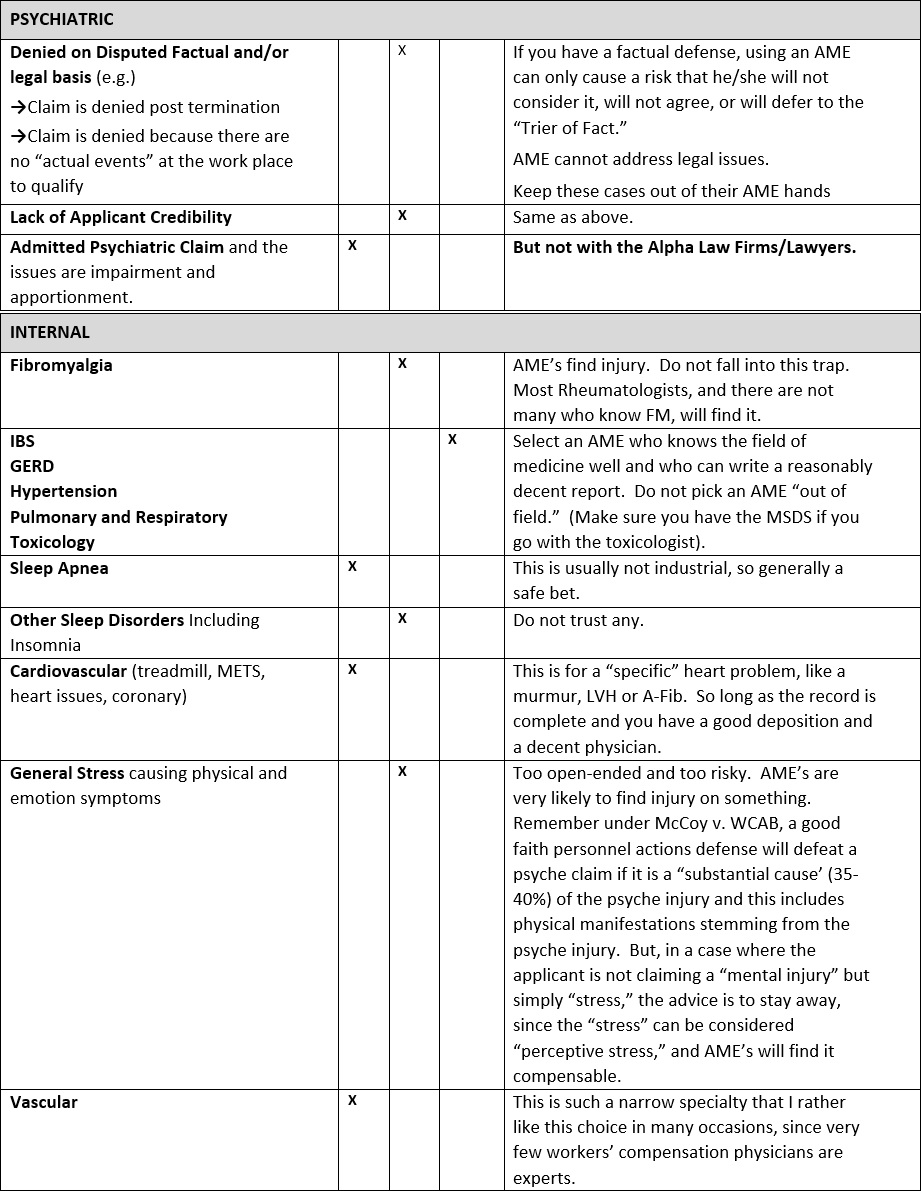 SO WHEN DO I USE AN AME? 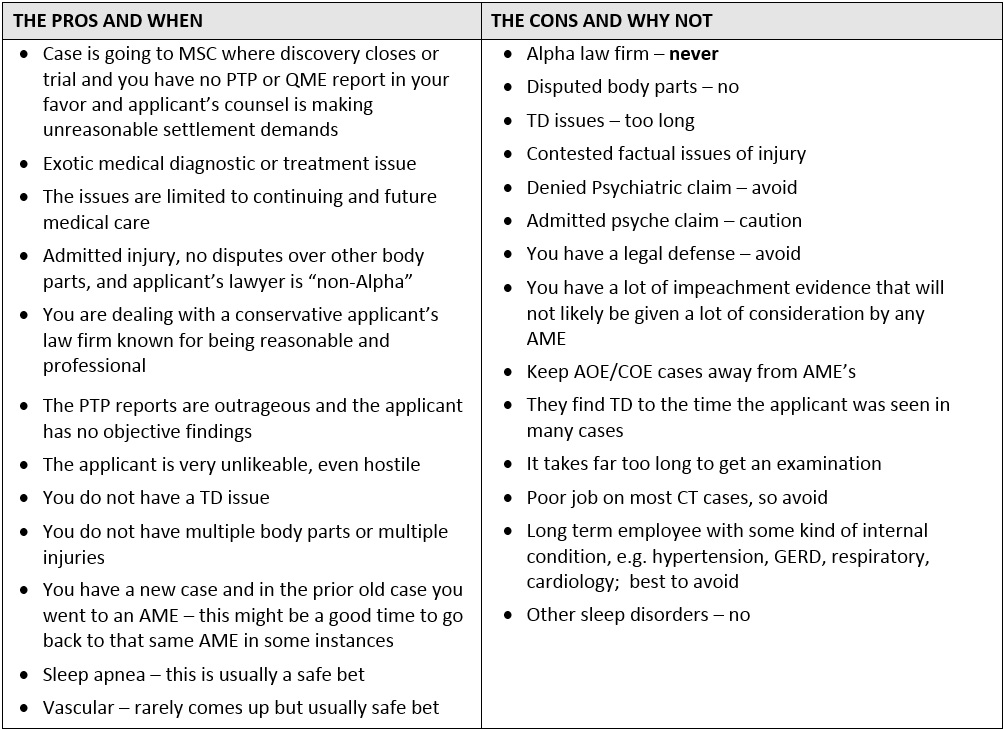 Dear Clients, Friends and Colleagues: We continue to wish you, your families and loved ones the greatest of safety and the best of health, during these unprecedented times of adversity, challenge and uncertainty. We will make it through! Right now, you are probably...

END_OF_DOCUMENT_TOKEN_TO_BE_REPLACED

END OF MONTH NEWSLETTER MAY 2020 BY COREY INGBER

Dear Clients, Friends and Colleagues: We continue to wish you, your families and loved ones the greatest of safety and the best of health, during these unprecedented times of adversity, challenge and uncertainty.  We will make it through! Right now, you are probably...

END_OF_DOCUMENT_TOKEN_TO_BE_REPLACED

NAVIGATION DURING COVID-19 BY COREY INGBER